I am developing training for ICV schemes about how to hold the police to account.  This sounds grand and the language can rub people up the wrong way, but it’s what we are here to do.  But, it’s not all scrutiny committees; holding the police to account are often the stories that bring tears to my eyes.

It’s Friday afternoon, I am in a generous mood and I have been moved by the kindness and determination of my colleagues this week so I want to share with you.  I want to show you how ‘holding the police to account’ can mean shedding a tear and celebrating brilliant colleagues making wonderful change.

A stakeholder in the police is retiring this week.  This man has often been the epitome of someone with his heart in the right place.  He’s worked extremely hard to get kids out of custody – both through working hard to prevent offending and by changing local processes to make sure that children don’t have to spend a minute more than necessary in a custody suite.  His retirement gift from his colleagues was the creation of a police cell specifically designed for children.  Something to limit the harm that a trip to custody creates, to recognise that they are a child and an adult cell is not appropriate.  How wonderful is that?  He leaves a legacy of care and a force prepared to innovate.

The same man told me of the kindnesses he’d been grateful for.  He’d been struggling to access mental health services for those arrested, detained and then found to be in need of care or assessment.  He’d contacted ICVA and we have taken this fight forward.  We also emailed the Chief Constable, Nick Ephgrave, the national lead for police custody at the time.  The retiree was shocked and delighted to hear directly from the Chief Constable the following day.  I’ve talked about Nick’s leadership before and this contact sparked off considerable work to help get mental healthcare in place.  It’s funny, I hardly recall making those links, I wonder if Nick recalls getting in touch, but these things matter, don’t they?  A little bit of support at the right time is enough to make change for the better.

ACC Nev Kemp replaced Nick in the lead role for custody.  He too, has done us proud this week.  Nev and his team have spent hours working with the College of Policing and our brilliant civil servants at the Home Office.  They have developed new guidance for looking after menstruating detainees – working ridiculously hard to make sure that we get it right and that the reforms come through soon.

Kindness and dignity have been playing on my mind for a while.  Small kindness also stick in the minds of detainees.  Adnan, the subject of the first series of Serial described small niceties that stuck with him when he was initially arrested.  Like many, it seems, I have had quite a year and it’s always the small things that stand out to me in a crisis.  A well timed cup of tea, a hot water bottle, just tiny things that resonate.  I remember, too, watching the victims of Child Sexual Exploitation speak about why they decided to disclose the crimes they’d been victims of and how they got the strength to testify.  Again, here, it was the small things.  The right police officer treating them with care, making a cup of coffee, facilitating a quick smoke.  These things matter.

I think of my colleague, Sherry’s, recent work on detainee dignity and I am proud of her and of our Chair.  She and our Chair, Martyn Underhill, have written to all PCCs to express worries where detainees have not been treated with sufficient dignity.  It’s been heartwarming to see how PCCs have picked up on issues that may appear to be small to some: a teenager having their hoody strings cut in an attempt to keep them safe, or being placed in a paper suit with the normal clothes taken away.  It won’t kill them, but it’s not nice, is it?  It’s not right.  So many PCCs have kicked off their own work to ensure that dignity is a core value in custody suites.

They came to mind when I opened my post this morning and found a pair of knickers had been posted through my door.  Our wonderful scheme manager in Surrey has been working so hard to get better menstrual care into their custody suites.  Soon, the days of paper knickers and stupidly thin towels will be gone.  They will be replaced with ‘dignity kits’ for menstruating detainees – real knickers, a choice of tampons and towels, wipes to make sure that women can feel clean and a bag to dispose of waste.  It seems small, doesn’t it?  It’s not a massive change, but it may also be everything to the young woman who is detained whilst having her period.

These things matter to society too.  Dr Layla Skinns has spent years studying police custody.  You know what she tells us?  The thing that matters most to detainees is being treated with kindness and dignity.  And, what do you know?  It also turns out that how you are treated in police custody has a long term impact on how you view the police.  If we can treat today’s child with dignity, that is a step in the right direction.

It’s good to reflect on these things as I develop guidance on holding the force to account.  I have enjoyed Cate Moore’s speech reminding us that policing is complex and no tick box list will cure all ills.  Yes, we need to be in custody to observe and feedback.  Yes, this can involve committees and papers and figures.  Yes, it can involve uncomfortable public conversations between a PCC and a Chief Constable. It can be written reports and news articles that the police would prefer weren’t published.  It can be us, making a noise about an inquest that they’d prefer forgotten or explained away by time.  These levers are important.  At least as important, perhaps more so, is to establish shared aims, shared values, shared goals – to make custody better for everyone involved.  When I see a group of people, coming together – to find a way to make custody less traumatic for a child, to assist a colleague who really needs that help to solve a complex problem, to give a detainee a little kindness that makes them feel human – these are the changes that work, that matter and can sometimes bring a tear to the eye. 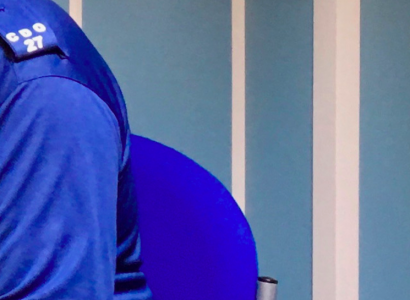 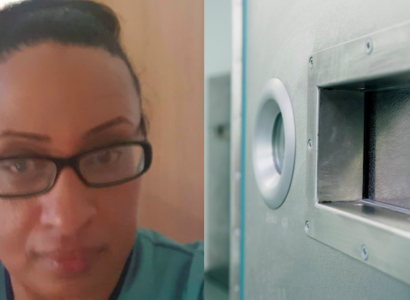