A friend of mine recently talked to me about ‘bearing witness’.  He writes letters for Amnesty sometimes, sending them to people incarcerated thousands of miles away. He spoke of the purpose that this serves – it lets the detainee know that they are not alone and lets their captors know that people care, people are watching what happens, people are bearing witness.  This, in turn, changes behaviours of those who are being observed.  Hopefully for the better.

A large part of the working of independent custody visitors, and ICVA, is to bear witness. We watch, observe, record, report, make recommendations.  Sometimes, like this week for me, this involves reading reports that make me feel tearful and sick.  There seems to have been a spate of nasty cases lately.  The Terry Smith inquest unpicked the death of a man, left in a spithood for hours, under restraint, repeatedly stating that he could not breathe.  I spent a day examining inappropriate use of force, insufficient care of vulnerable detainees and distressing accounts of people in poor mental health.  I also spent a fair amount of time reading the latest IOPC report on deaths in police custody last week.  Some awful cases of apparent suicides following custody stand out and I throw my arms up in despair as the IOPC report investigating:

“The mental health and risk assessment of a man in police custody. On the same day he was released from custody, the man took his own life in the way he told officers he would.”

“The level of information shared with the court about a man’s intention to take his own life, if released. He was released on bail and the pre-release risk assessment noted his suicide intentions. The man was found the next day having taken his own life using a rope that was returned to him when released.”

These things all take their toll.  Lots of us working in the field end up venting to one another, taking time aside to feel grief.  My colleague, Lucy, tweeted her despair at the death of a transgender prisoner. An isolated person in an isolated group in an isolated setting.  Lucy’s tweets demonstrate the distress, despair and grief this work entails.  They also show that she is bearing witness to this woman’s fate.  She cares.

Anyone working in or around emergency services will face distressing incidents, day after day and I worry about the impact this has.  I remember Nick Hardwick, former Chief Inspector of Prisons, commenting on this phenomenon as he left the role.  He talked about how, after seeing so many prison cells with uncovered toilets in small overcrowded rooms, you started to see uncovered toilets as part of the furniture.  Something you get used to and, eventually, see as normal.  This can’t be right.  Who wants to sleep with an uncovered, shared toilet next to their head?  Who wants to eat next to one?  But we do get hardened to what we see.  I fear the policing culture can sometimes compound this.  It’s not normal to cry in meetings, despite experiencing truly distressing incidents. There’s a pressure to keep going, to carry on, stiff upper lip.  Sometimes there is simply no choice, we have to do our job, we are all stretched all the time.  Retired Police Commander, John Sutherland wrote about this very thing in his memoir where he eventually documents a complete breakdown.

As much as I hate that sick feeling in the pit of my stomach, as much as it can embarrass me to feel tears in my eyes as I read through an awful report, watch CCTV or bear witness in person, I would much prefer that to hardening to what I see.

So – how do we use this hurt?  This human reaction to life gone wrong?  I took yesterday off as flexi to think about this very thing.  I am fortunate to have that option and it is so important to reflect.  To turn outrage and grief into tangible actions to make improvements.  My colleague, who formerly worked in prisons and now is deeply involved in bearing witness herself, offered me the best wisdom yet.  She advised me to feel this normal human response and remind myself why I do what I do.  She said ‘this is why we do what we do and why we do it robustly.’  She is right.  I also spent yesterday pulling apart the incidents that had upset me, thinking about why I reacted this way and what I can influence to make positive change.  I know that there is a fantastic scheme on the ground, brilliant independent custody visitors who give up their time to bear witness.  I know that there is a wonderful scheme manager and team who feel as upset and determined as I do.

We have been there to bear witness to processes going wrong, we have seen the outcomes resulting from that.  The local team are already working so hard to make improvements.  ICVA is in place to lead and support schemes and, my goodness, I am going to do whatever I can to support their work and bolster them.  This is why observing matters, this is why independent custody visiting matters.  Moreover, this is how we use a normal human response to protect and preserve our human rights.  This is why we do what we do and this is why we do it robustly. 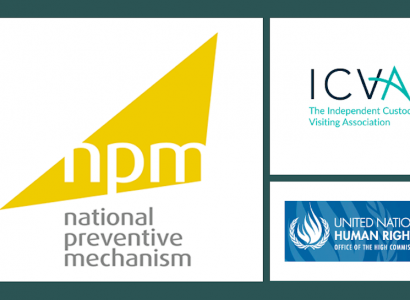 The UKNPM has published the report from the UN SPT on their inaugural visit to the UK in 2019. So, with all of those acronyms in mind let’s […] 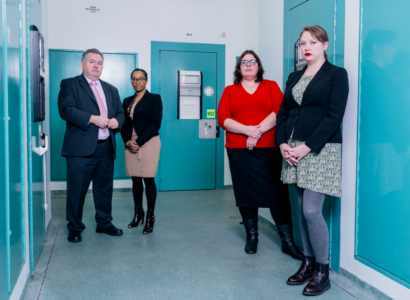 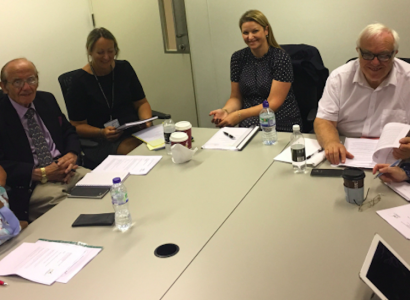