Independent custody visiting delivers human rights in its purest form. Volunteers make unannounced visits to local custody suites where they meet detainees at all times throughout the day and night. Independent Custody Visitors (ICVs) speak to detainees and check their custody records without consideration of what detainees may be suspected of to ensure that their rights, entitlements and wellbeing are upheld. This is an excellent service. It speaks of British ideals of fairness and proper treatment of all. It’s made even more valuable that it is volunteers who give up their time to do so, ensuring that our state treats detainees with dignity and respect.

My blog, today, discusses the formal structure that gives ICVA its duties and legitimacy on human rights – the Optional Protocol to the Convention against Torture and Other Cruel, Inhuman or Degrading Treatment or Punishment (OPCAT) and the partnership formed as part as that agreement – the UK National Preventive Mechanism (NPM).

Anybody who is in detention is vulnerable by the very situation that they are in. I receive Google news alerts for deaths in police custody. A quick glance at the notifications each day reiterates this as I read stories of harm and death occurring in custody across the globe. The UKNPM is in place to prevent similar harm occurring in the UK.

The UKNPM is a partnership of 21 bodies that have powers to make unannounced visits to their areas of detention, interview detainees in private, access information about detained people and their treatment and conditions of detention. The bodies are independent and make recommendations to the organisations that they monitor. They seek to prevent ill-treatment through regular visits, proactively making recommendations and taking part in constructive dialogue with authorities.

ICVA represents ICVs in the NPM, alongside Independent Custody Visitors Scotland and the Northern Ireland Policing Board Independent Custody Visiting Scheme. Our members fulfill the required duties via regular, unannounced visits to custody where both they and their PCC / Police Authority / Policing Board make recommendations for improvement to custody. We run an annual self-assessment to ensure compliance with OPCAT and play an active role in the partnership.

You can find out more on the UKNPM website here

What does ICVA do within it?

With 21 members, it can be difficult to make collective decisions, or even to set meeting dates. As such, the NPM has a steering group that meets regularly to set the agenda and develop work before it goes to the wider partnership. I am a member of the steering group on behalf of ICVA. In our time as a group, we have explored the vision and set the Business Plan for the partnership. I was also part of the recruitment process for the first Independent Chair for the Partnership, John Wadham. John has been able to drive forward the work of the NPM and represent us at Foreign and Commonwealth Office events and at select committees. John has also been on a custody visit with our Essex scheme and is getting to know the detail of ICVs’ work.

NPMs are charged with accessing information on the areas that they monitor. An important facet of this is to look at the data we gather. This data helps to define current practice and inform public debate. ICVA provided the police cusody data for the NPM’s recent first project to articulate how many detainees are held in the UK at any one time. Our schemes have told us that over 1.2 million detainees are held in police custody in the UK each year. The NPM’s collation of this data estimates that over 124,000 people are held in all areas of detention in the UK each day. This is a powerful figure and shows the magnitude of the detention that we monitor. As a partnership, we will seek to drill down further into this data next year to give us further insights on this population.

A key strength of the NPM is that it brings together different agencies to share issues and responses that they have developed. ICVA has raised a number of issues lately. In particular, it has written to the Home Secretary, alongside John Wadhman, to express concerns on the lack of research and national standards on spit guards. We have also shared our work looking to consider oversight of voluntary police interviews and of detainees processed in virtual courts. These issues are ongoing and we work with our partners to progress them.

The UKNPM work with a team from the University of Bristol to understand the role of volunteers (compared to professionals) as part of an NPM. The UK is relatively unusual in including volunteers and we feel that they can bring additional public reassurance and legitimacy. ICVA will be a case study for this research and we will look for good practice and areas that we need to develop and improve in 2017/18.

The UKNPM also conducts thematic work. It has previously looked at issues such as use of force and solitary confinement with guidance then being rolled out and used as part of future monitoring. You can see some of the NPM publications here. We are currently researching pathways and transitions with a view to bring new insights in police custody to mental health. Kent OPCC recently ran research on behalf of ICV schemes. This is an incredibly important area for contemporary policing and we look forward to progressing the project.

Partnership working always brings challenges with it and the NPM is no different.

Ideally, the NPM should be enshrined in its entirety in primary legislation. The UKNPM was established in 2009, but does not yet have this legislation.

This diminishes the authority of the partnership. The NPM is a group of established bodies, including inspectorates, who are working to prevent torture. This aim should be a fundamental and supported in our state; it is a shame that the partnership does not have clear, simple, legal status.

The UKNPM’s members are all stretched for finances and have limited capacity. We have a small secretariat supporting the partnership’s work and our independent Chair is currently provided by John’s goodwill as it is a voluntary role.

It is necessary for all members to prioritise and mainstream NPM work, alongside an adequately funded secretariat, for us to be able to meet our potential.

Finally, the NPM is 21 members with the Independent Reviewer of Terrorism Legislation recently becoming designated as its newest member. The members cover all areas of detention and all countries across the UK. Practically speaking, this causes challenges. Thematic research may not be relevant to all members and getting everyone in the same room can be costly and difficult to meaningfully facilitate.

Conversely, this is also a strength for us. The diversity of membership brings us together to learn from one another. I have taken great strength from bonding with my colleagues and learning from their organisations. The Children’s Commissioner has briefed us on issues on children in custody. HMIP keep us updated on key issues in prisons – as all detainees in prison will have been through police custody then we learn from them. Finally, I work with organisations such as Lay Visitors (who visit courts) to report back on their issues or problems to either all our members or specific areas. This ensures that we are all learning from one another and joining together to better prevent ill-treatment.

The UKNPM provides the roots on ICVs’ human rights duties. It gives us legitimacy and rationale for our work. Furthermore, it ensures that the findings of ICVs are shared across partners and strengthens their meaning. On a more personal note, I find it reassuring and inspiring to be in a room with partners intent on ensuring that all detainees are treated appropriately – be that in prisons, Youth Offending Institutions or mental health facilities. The UKNPM, like custody visiting, represents human rights in its purest form and we are proud to be part of it. 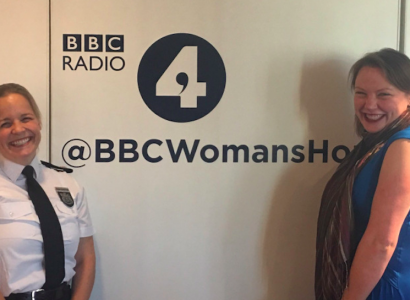 “Of each other, we should be kind While there is still time.” Philip Larkin. Kindness is so important, isn’t it? We all rely on the kindness of others […] 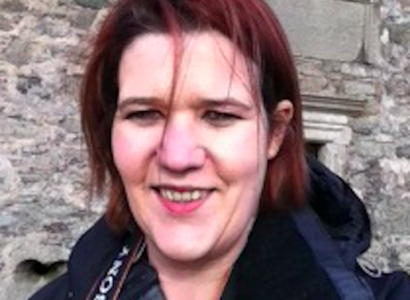