It’s been a little while since I have blogged, been a little while since I have been in custody too, so I was really pleased to have been invited along to Basingstoke Police Investigation Centre, (PIC), to shadow a shift of a Custody Nurse. I have shadowed Custody Sergeants, DDOs, the inspectorate and ICVs in custody, and so was really pleased to learn more about the healthcare a detainee can receive whilst in custody, and also to hang out in custody for a while. We at ICVA write a lot about how things in custody should or could be, and so its massively important to spend time there and ensure that our approach isn’t distanced from the environment we are seeking to monitor/improve.

Before I get going on the main content of the blog and my observations on healthcare in custody, a massive thanks to Dave, the Lead Nurse for Hampshire who arranged the visit with me. Not only did Dave sort out my coming into custody and prove to be a mine of information, he had done a 19 hour shift the day before due to the snow and closed roads, and still came to pick me up in the snowy early hours of a Sunday morning – Dave you are a star, thank you!

So, to healthcare then, I read all of the inspectorate reports that come out, I receive and look at the ICV reports that are aggregated up to me from schemes, and it’s fair to say that healthcare can be a bit of a ‘frequent flyer’ in terms of issues that are raised by both parties. Delays are the most common feature, certainly in terms of ICV reports, and during my time shadowing the inspectorate, delays in access to medication which could ease or stop withdrawal could be reasonably said to have had an unnecessary and frankly pretty dire effect on at least one occasion.

In Hampshire, the custody suites have 24/7 healthcare cover from custody nurses and paramedics. I wasn’t sure as to what a custody nurse could and couldn’t do in terms of detainee medical care, if they screen everyone etc etc so was keen to find out. I was also keen to learn more about how 24 hr care had been put into custody, who ran it, what worked well in terms of providers?

Dave explained that the custody nurses are able to meet the majority of requirements a detainee might need, including assessing physical and mental health needs, dealing with acute and chronic disease processes alongside medical emergencies when they present.

HCPs are able to dispense and administer medication, from something for a headache or minor injury through to medication to treat alcohol and opiate withdrawal.

Ultimately, they will clinically assess their patient and advise the Custody Sergeant whether they are fit to detain and fit to interview, if they are not fit to interview a time will be suggested when the detainee will be. They suggest the level of observations the detainee should be checked and make onward referrals if appropriate for example if an appropriate adult is required.

HCPs won’t screen every detainee, they see these who request to see them and those who consent to seeing them following an identified need from the custody staff. How this works is that the custody staff put in a call to a centre, they log it, phone the HCP who is sat in the suite to ask them to see the detainee. This seems like a slightly bonkers arrangement when the staff are co-located andtends to be the case nationally, but providers are looking to improve technology to streamline this process. It allows for recording of KPIs in terms of response times etc, (I shan’t get into a discussion of the usefulness of KPIs but am sure you will all have an opinion on them)!

A detainee assessment was great to see, I won’t go into details of the detainee for obvious reasons, but Dave covered all of their medical issues in depth, ensuring that the detainee didn’t require medication from home or from the stocked medication held in custody. He thoroughly checked on the detainee’s emotional wellbeing gently exploring whether there was any history of self-harm or harming thoughts. There was also a fairly lively chat about football – (went right over my head but they seemed to enjoy it) and this changed the demeanour of the patient. I think over and above the details of this assessment which meant that the detainee got the care they needed and were pronounced fit to interview, were the interpersonal skills and friendliness shown.

There is no doubt that it was a professional meeting, but it was also was a non-police member of staff there to talk to the detainee, with some smiles along the way, something which we seemed very far from when the detainee first entered the room. It’s this care, whether from a HCP, an ICV or a member of the custody suite staff that, I think, determines how a detainee copes with their time in custody, it shapes their interactions with everybody else and ultimately provides reassurance and calmness in a time of extreme stress.

In terms of the arrangements of how the healthcare service is commissioned, in Hampshire the team are currently managed by a local service provider which started in January 2019. I think it is fair to say that there is a reasonable churn of Healthcare providers in custody, with some national organisations and some more localised arrangements. We discussed whether a national approach or a local one worked best in a healthcare context and found positives for both approaches.

Certainly, on a local level, it seems as though having a local provider has worked for the Hampshire team, having a clear regional accountability structure and a reportedly flexible approach to the needs of the team, suites and the detainees from the new provider alongside the historic structure known by the Constabulary has assisted a smooth transition between providers recently.

As with all things custody, systems and recording are interesting in terms of healthcare. I was amazed to learn that computerised records only landed about a year ago for the HCPs in Hampshire, meaning an ongoing health record was being built up for those detainees who are brought into custody more than once. Prior to this, paper files were kept, and then archived off site after a short period, meaning that there was no historical health information for returning detainees available. Things still aren’t perfect, the HCPs need to enter things twice, once on a health record and then also the pertinent info onto the custody record. The new healthcare computers aren’t yet networked into GP surgery records although they have the capability to do so, but that feels as though it’s the next step towards joined up, effective healthcare. What is clear though is that records are heading in the right direction so that HCPs will have a health history and be able to ensure the best care and assessment of detainees.

I have to confess to not undertaking the full 12 hour shift, but I think I definitely got a flavour of the work of HCPs, why embedded healthcare is good practice in a more nuanced way and saw some excellent work with detainees and in terms of partnerships along the way. Will I always choose to get up at 5.30 on a Sunday to shadow a shift? No probably not, but I am glad I did this time! 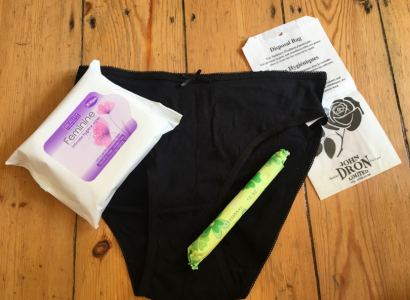 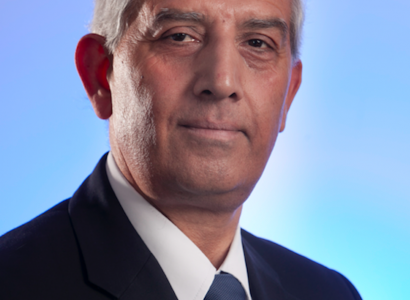 At 4:45pm on April 11th 1981 a young Black man was arrested on Atlantic Road, London. On the surface of it that may not sound that remarkable. However, […] 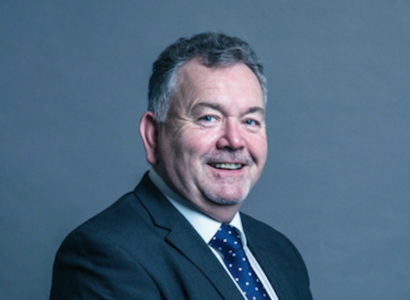 Well firstly, Happy New Year to you all! I hope that you have managed to have a safe and peaceful festive period. As I said in my blog last […]