As this volunteer’s week will be my last working closely with volunteers for a while, I wanted to take some time to reflect back on my last two years of working with the Independent Custody Volunteers in Derbyshire.

Back in March 2018, having just started a new job, my colleague Liz, who runs the ICV scheme in the Office of the Police and Crime Commissioner for Derbyshire, asked me for help with a new project she had just started. This was my introduction to custody.

To begin with I was just helping to set up events, helping to organise visits for the ICVs so they could conduct their Custody Record Reviews (link to Liz’s blog on this here) and over the following weeks I got to know our volunteers and see their amazing work ethic.

The project that Liz had taken on was massive, I think it’s safe to say that both of us know that without each other, and each of the volunteers who have worked with us along the way, we wouldn’t have made it to the other side. We looked at independent custody visiting and asked how we could improve it, we started with reviewing records, and eventually changed face to face visiting as well, adding in more observational time in the suites so that the volunteers could get a true look at how detainees were being treated, how risk assessments were conducted, and how the suite as a whole was being managed.

We had meeting after meeting with the ICVs. We discussed what we were looking for in the custody records, what else we could look for, how we could improve our processes. We sent ICVs into the suites on trial runs when they had no idea what they were doing (our advice was genuinely just to wing it!) and they came back with answers to our questions. We worked together as a team time and time again to build something that I am ridiculously proud to say I was a part of. There were many moments when I think we were all close to pulling our hair out, but after just over 2 years, our new form of independent custody visiting is business as usual in Derbyshire, and this is a testament to our volunteers and their commitment to the scheme.

During my time in this role, we have visited the Home Office to present our ideas, the scheme has received a platinum certification from ICVA, and we have helped to launch and see through the ICVA Independent Custody Observers Pilot (ICOP), which has seen five other schemes take on Custody Record Reviewing and look to incorporate Custody Observations into their schemes.

And now, I will be leaving the scheme on a high as the volunteers I have worked so closely with have received the highest award available to them, the Queens Award for Voluntary Service, for their work on establishing a new methodology of independent custody visiting. Seeing them recognised for all of their work, their perseverance and their never ending compassion like this is incredible.

Volunteering is so important, the fact that people set aside time in their busy lives so that we can make sure that some of the most vulnerable people in our society are cared for correctly is amazing. This group of volunteers could not be more worthy of the recognition the Queens Award brings.

During my time with the scheme we have seen wait times for Appropriate Adults reduce significantly, we have seen an increase in detainees receiving religious items, we have been able to highlight issues surrounding long waits for Mental Health Act Assessments and extensive stays in custody for Immigration detainees. These things are often unfair on not just the detainee, but the Police and staff working in the suites as well.

I would also like to take this opportunity to thank ICVA for all their support, we would not have been able to achieve all we have as a scheme if it wasn’t for you!

Independent custody visiting often goes unseen, but the work that these volunteers do is vital to our society as a whole, the work that they put in week after week has been truly inspiring. When I started working in the Office of the Police and Crime Commissioner for Derbyshire, I had no idea what independent custody visiting was, and now I am so sad that I am leaving it behind; but I know that due to our amazing group of volunteers, my incredible colleague Liz, and the offices excellent new intern Rob, independent custody visiting in Derbyshire is in safe hands. Working with these volunteers, being a part of changing how we oversee custody, and helping other schemes head down the road we travelled has been an absolute privilege. 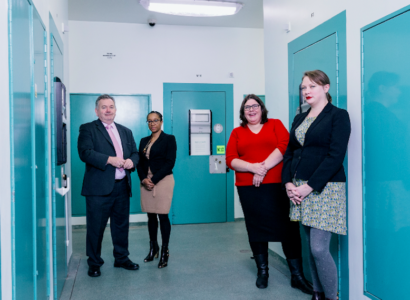 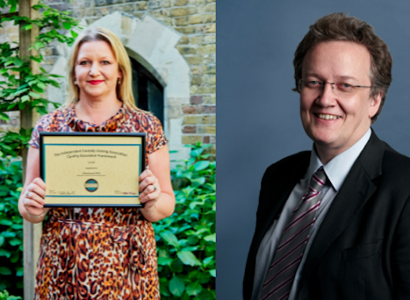