This LGBTQ+ History Month, ICVA is delighted to be hosting a guest blog from an independent custody visitor from the Sussex scheme. This is, in particular, to celebrate Joanne’s OBE award and her services to transgender equality for detainees, please read on to hear from Joanne herself.

FROM DARKNESS TO LIGHT AND BEYOND

David was born in 1955. At his birth a tree was planted. The roots of that tree though, were not his. The roots belonged to Joanne. They would feed him throughout his life with her thoughts and emotions. She was trapped inside him. To her it was like being in prison and someone had thrown away the key. To David it felt like he had an enemy inside him. An enemy so powerful he would never be able to defeat it. Joanne’s thoughts filled him with the thoughts that he should have been born a girl. He hated doing the rough and tumble things other boys did. All his friends were girls. He was bullied constantly at school. He had started wearing some of his mother’s clothes, which he did in secret. He could never tell his parents how he felt. The tree was growing quickly, but so were the roots. By the time he left school with little to show for it, he knew clearly who he was meant to be. Dressing became almost a compulsion. Joanne was strong. He fought her onslaughts by burning the clothes he had bought only to find this merely increased her strength. At the age of 20 he had a nervous breakdown brought on by the constant internal battle between him and Joanne.

David was born male. At least he was on the outside. He had to validate his existence by being macho. By doing the things that were expected of him. He got married. His wife gave birth to twin boys who he loved with all his heart. His wife was an alcoholic. She dominated his life. She had little time for the boys. Joanne’s thoughts and emotions shone through and he felt like he was being a mother as well. He stayed in the marriage though out of a sense of guilt towards his wife. He was dressing all the time in secret. He loved the boys so much but inside he was physically dying, emotionally dying. David’s wife died in the year 2000. Joanne thought she would then be free of his body, but it wasn’t for another 14 years after a time of reflection at Beachy Head, that David would finally release Joanne from her prison.

I had gender surgery in 2017 and am now legally female. I have a passion for the understanding and awareness of the transgender community and diversity in general. During a visit to Worthing Custody Centre as an Independent Advisor to Sussex Police, I became aware that the rights of Transgender detainees were not fully covered in custody policy. I raised this point which particularly related to search by an officer of the gender of the detainee’s choice. My concerns were duly noted. I applied to be an Independent Custody Visitor (ICV) for the Sussex PCC. This has proved to be a very interesting role. Checking on the welfare of detainees is important. For many detainees, it may be a very traumatic time. Having their liberty taken away from them and placing them in a locked cell with no home comforts would be tough for anyone. It is essential that a detainee is treated with dignity and respect and that any personal needs they may have, particularly medication are met.

The one thing that concerns transgender detainees is that very often a transgender female or male can be suffering from mental health issues, related to the process of their transition, hate from people in the community and disassociation from family members. It is very important also for ICVs and custody staff to respect the choice of pronouns for a transgender detainee and avoid micro aggressions which may include using incorrect pronouns when out of earshot or in the presence of a detainee.

I would say that being an ICV has been very rewarding. The welfare of detainees is our priority, but also to ensure they are being treated with dignity and respect. On the whole, this has happened but common things that haven’t been done, are that the detainee wasn’t aware there was drinking water in the cell and hadn’t been offered reading material. Sometimes it’s very basic rights that get forgotten. As an ICV my input to custody staff has rectified this immediately. My passion is the respect of transgender detainees, but as yet have not spoken to any.

Later this year I have been invited to attend 4 rotational training sessions to Sussex Police custody officers and staff. Apart from the issues already mentioned I will be talking about the right of a transgender detainee to be searched by an officer of the gender of their choice. Does a male custody officer feel comfortable searching a transgender man who has or has not had surgery, and likewise for a female officer searching a transgender woman? I will be discussing these questions with officers at the training and working to overcome any difficulties that are identified in this area.

I do a considerable amount of work to raising awareness of transgender rights and LGBT equality. Last year I was the proud recipient of a Chief Constables Commendation for support and dedication to Sussex Police, as a volunteer. I was the highlighted winner of the Diversity Category for We Are The City Top 100 Rising Star Awards. I was very humbled to be recognised by Her Majesty the Queen in her New Years honours list, with an OBE for services to Transgender Equality as an Independent Advisor and Global LGBT Advocate. 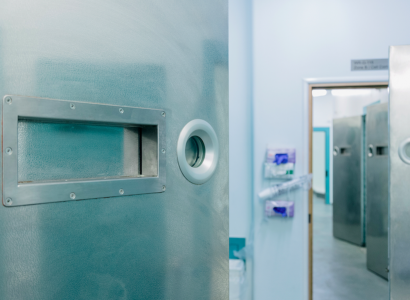 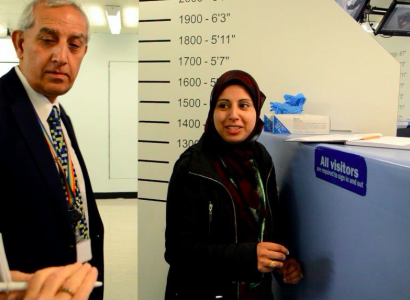 What made you want to become an ICV? I initially saw a poster at a local university looking for volunteers from the community.  I enjoy helping people and […] 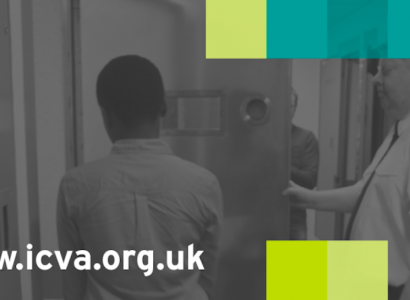